The population of Costa Rica is predominately of European origin, particularly Spanish. The ethnic diversity, which has resulted from settlement patterns in Costa Rica, gave the country a rich cultural tapestry that is every bit as interesting as the ecological diversity for which it is better known.

A tradition of peace

Costa Ricans are proud of their Republic, one of the most stable and democratic political systems in all of Latin America. The country abolished its military in 1948 and is forbidden by its constitution to establish another. Peace is not only a political concept in Costa Rica, but is evident in the spirit and generosity of the people themselves. The negotiating and constructive dialogue which guide the political process in Costa Rica also guide the country’s citizens in their search for
mutually beneficial solutions to their problems.

One of Latin America's most developed countries

In accordance with the democratic tradition in Costa Rica, education is free and mandatory, and the government’s expenditures for health and education are among the highest in the budget. Costa Rica’s literacy rate is 96%, and the average life expectancy exceeds 78 years. 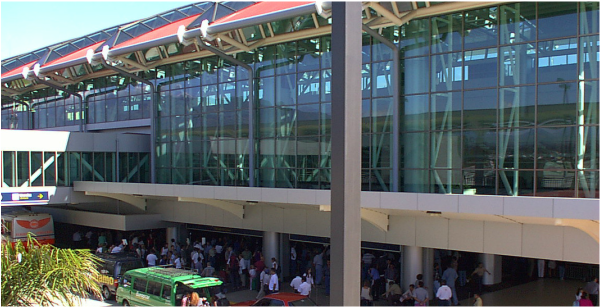 A worldwide leader in environmental policies

Natural areas are one of its greatest sources of national pride. With 46 national parks, reserves and wildlife refuges, Costa Rica established ecological conservation as one of the country’s top priorities long ago. The result of its concentrated efforts at preservation is a rich bio-system in which diverse animal and plant species flourish. Costa Rica’s natural areas are cherished by the
country’s citizens as well as by visitors from all over the world.

Costa Rica is a small country by most standards: 125 kilometers (77 miles) wide at it narrowest point and 300 kilometers (185 miles) at its widest. It is situated 10 degrees north of the equator and has a territory of 51.100 square kilometers (about 20,000 square miles), almost 1½ the size of Belgium in Europe or roughly the size of West Virginia, in the U.S.A. The population of Costa Rica is approximately 4.3 millions.